Founders die, products fade, markets change, new technology emerges, management come and go. How are some brands able to navigate through all these and stay on top without losing their spark?

Brands that enjoy enduring success have a vision that remains fixed while their business strategies and practices endlessly adapt to the changing world. The art of retaining the vision while stimulating progress is partly why names like Chanel, Nike, and Disney are phenomenal brands able to achieve long-term superior performance.

The word vision gets thrown around a lot, eventually becoming too vague and conjuring up different theories for different people. In “Built To Last” [1], James Collins and Jerry Porras present a well-defined conceptual framework on vision. Their Yin Yang approach draws on two key components: Core Ideology and Envisioned Future. Core Ideology captures the inherent characteristics of a brand by identifying the unique core values and purpose that go beyond market or product life span. For instance, at Disney, the purpose and why it exists beyond making money is to “create happiness by providing the best in entertainment for people of all ages everywhere.” Innovation, quality, community, storytelling, optimism and decency are its core values. Together, these overarching principles shape the internal culture and create an ethos employee embody. As such, the Disney way is [2]: “all for one and one for all” – “make your elephant fly and capture the magic with storyboards” - “dare to dare” – “never a customer, always a guest” - “share the spotlight” - “make everyone’s dreams come true” - “practice, practice, practice.”

Collins and Porras describe Envisioned Future as a vivid 10-to-30-year audacious goal that requires constant change and progress to attain. Although the Envision Future cannot be ignored, the Core Ideology will take centre stage in this context. Because I believe it is more important to know who you are than where you are going, as where you are going will change as the world around you changes. Core Ideology captures the inherent and non-negotiable ingredient that can never be compromised, either for convenience or short-term financial gain. Creating and sticking to one is not easy and requires an immense amount of courage.

Even though Disney Inc has diversified over the years, expanding from its core animation business into theme parks, cruise lines, resorts, TV, retail, and recently online streaming, the tenet within its core ideology is consistent across all its ventures - “create happiness.” For this to work, Disney reinforces its culture through how leaders communicate and how performance is measured, to how employees are recognised and rewarded. This constant reinforcement and clear communication of expectations creates an intentional culture across all levels within the organisation and drives behaviours in the pursuit of continually increasing “happiness.” Customers therefore feel the values as the magic of Disney is brought to life across all channels and touchpoints.

A comprehensive study of more than 1,000 companies in the Great Places to Work database shows a strong correlation between corporate financial performance and how much employees believe in their company’s shared values.

Core values can set a company apart from its competitors by clarifying its identity and serving as a rallying point for consumers and employees. Abusing this leads to core value statements that are bland, toothless, or just plain dishonest. Far from being harmless, as some assume, these are highly destructive, especially as we are emerging into the era of conscientious consumerism. In Draper's 2020 report on Gen Z and Millennials [3] , 55% of Gen Z shoppers say they have abandoned a purchase because a brand did not reflect their personal core values. The analysis further shows new age generation like brands that mix purpose and profit, investing in initiatives with positive social, community and environmental outcomes. That said, consumers are not naive and will expose brands seeking to manipulate trust without intent.

In 2017, L’Oréal terminated its endorsement of the model Munroe Bergdorf, a black trans woman, after she spoke out on Facebook against racism following the white-supremacist rallies in Charlottesville. She wrote, “Honestly, I don’t have the energy to talk about the racial violence of white people anymore. Yes, ALL white people.” Her statement triggered many, including L’Oréal, who at the time justified the move to terminate their relationship by saying that the brand “supports diversity and tolerance towards all people irrespective of their race, background, gender and religion,” and that Bergdorf’s comments on white racism were at odds with those values [4].

Fast forward to 2020, as the public outcry at the killing of George Floyd grew across the U.S., several brands raised their voice in solidarity against police brutality and systemic racism. L’Oréal’s U.S. division tweeted a graphic that read “Speaking out is worth it,” along with a caption decrying “injustice of all kinds.” The public was quick to blast L’Oréal for the hypocrisy, claiming its social media support for Black Lives Matter is not reflected in how the brand operates. Moreover, if speaking out is worth it, why was Bergdorf fired, in the first place? Several brands were also criticised for the lip service and accused of only speaking out as a means to raise their public profiles. If these brands were concerned about systemic racism, why are their executives board not ethnically diverse? Rather than offering lip services, cynics online urged the brands to walk the walk before it tweets the tweet. 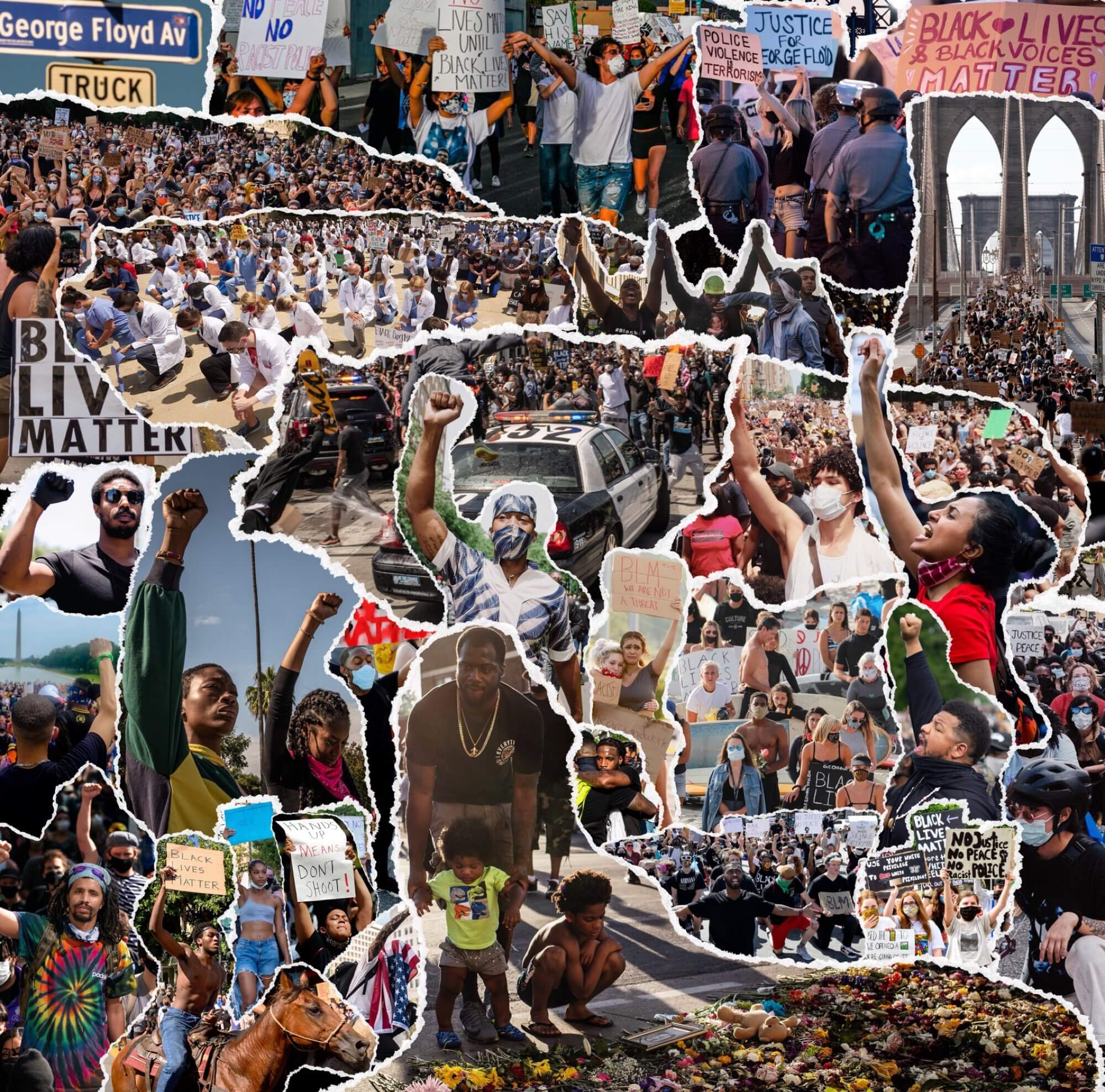 Nike, a company more practised than most [5] at associating itself with social movements, was among the first brands to pivot its messaging to support the protests. In black and white, Nike posted a text video [6] across its social media accounts. “For once, don’t do it,” dislodging its famous “Just do it” slogan. Alongside the post, Nike donated $140 million to the BLM movement. Although only less than 6% of Nike directors are African-American [7], why did the company seem to avoid most backlash? Perhaps because of its previous experience in dealing with social issues.

Deep within Nike’s culture is the notion that “if you have a body, you are an athlete”. This belief, coined by Bill Bowerman (co-founder), means a lot at Nike. It speaks to removing barriers, the refusal to accept the limitations of others, including the right for everybody to play and compete. Nike’s purpose seeks “to unite the world through sport to create a healthy planet, active communities and an equal playing field for all.” It seems only natural for Nike to have the conviction to address controversial social topics that others shy from. in 2017, two days before International Women’s Day, Nike unveiled a new product, the Pro Hijab, a product allowing Muslim women to participate in sport while minimising the practical challenges of wearing items of religious clothing. Although Nike was not the first to tackle this problem, the company was the first global athleisure brand to mass- produce and distribute the product. Sure enough, Nike stands to profit from selling the Pro Hijab. However, for athletes like UAE weightlifter, Amna Al Haddad, sports should be inclusive for everyone, and they should not feel the need to decide between what they wear and pursuing a sport due to a lack of a product or solution. In a Facebook post, Al Haddad wrote, “I do realise there are many mixed reactions as to why Nike decided to create such a product now. It is a recent phenomenon where more women have expressed a need for it, and more professional athletes have fought for the rights to compete with a headscarf and have an equal playing field. We made it big in the news, we couldn’t be ignored. And with the Nike Pro Hijab, it surely will encourage a new generation of athletes to pursue sports professionally.” 57 years later, the blueprint to “inspire and enable individuals to reach their potential,” established by Bill Bowerman and Phil Knight, remains the motivation behind most Nike decisions. 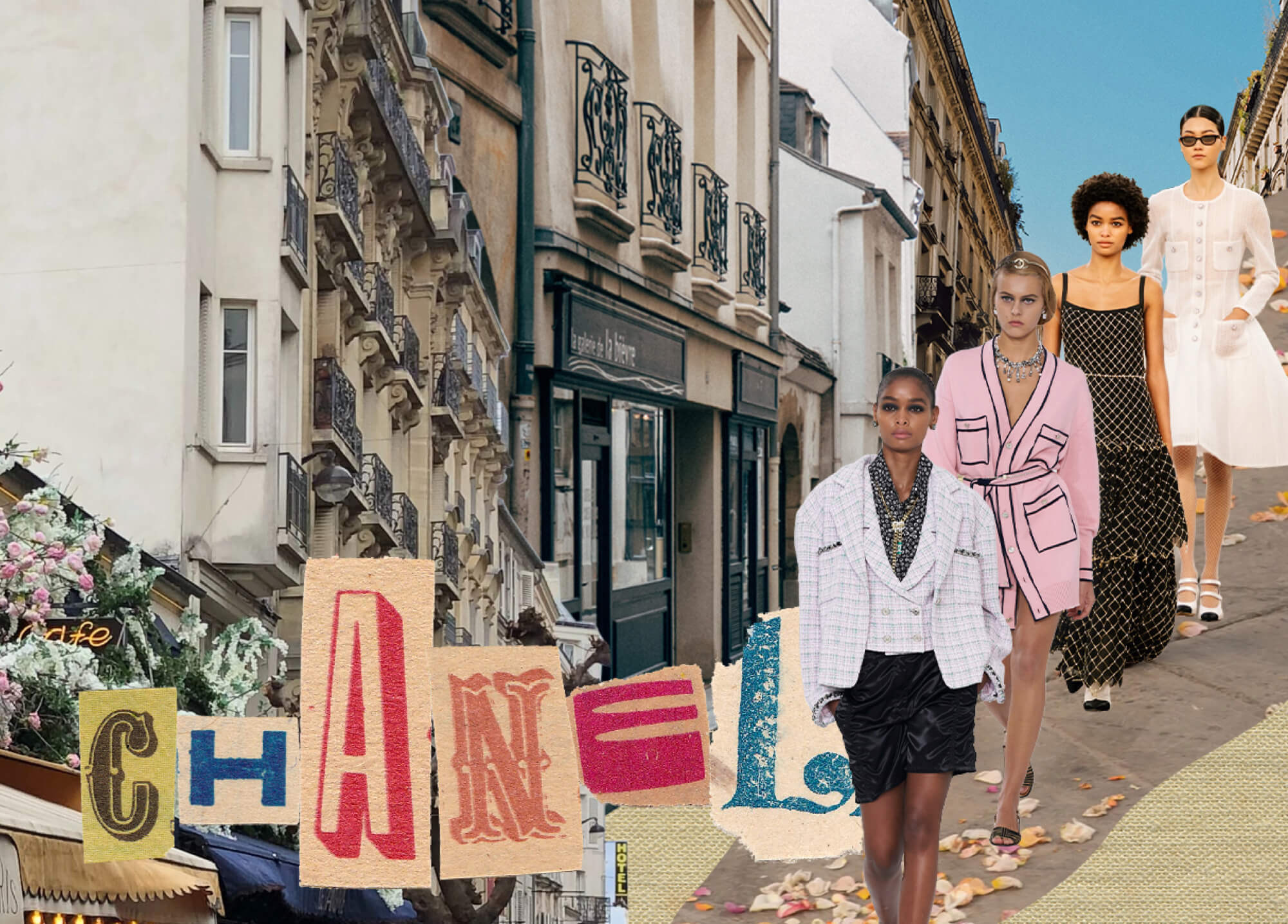 In 1909, Coco Chanel built a career on refashioning women’s ideas of themselves. Liberating women from the confines of restrictive corsets and socially sanctioned norms about acceptable clothing gave her a definitive life purpose. As she explained, “I wanted to give a woman comfortable clothes that flowed with her body. A woman is closest to being naked when she is well- dressed.” This philosophy “less is more” came to define the soul of the house of Chanel.

Having a core ideology that is not imposed but shared from the purpose and passion of the founder can be priceless. Gabrielle Chanel adopted the name Coco in her career as a cabaret dancer. To her, dance was the ultimate expression of movement which she brought to the fashion world. Coco found an echo of the fashion she wanted to offer women when she designed costumes for Le Train Bleu’s ballet. This allowed her to offer the very quintessence of her art. “Nothing is more beautiful than the freedom of the body,” she said, “a body freed, so it mastered its movements,” a new articulation of femininity for her time.

Coco Chanel’s vision and her subsequent success was fuelled by a strong sense of purpose. The vision of the House of Chanel is “to be the ultimate house of luxury, to define style and to create desire now and forever.” Today, there is still the same spirit of a free woman, and the image of elegance and grace in every Chanel line. Brand values are practically universal, but do they matter? Perhaps, if they are not simply used as impressive words that senior managers (or worse, a marketing or HR department) create to spam stakeholders. They should not be designed as aspirational, but rather reflect the genuine behaviours and principles that are essential to the brand. Also, it should reflect what most employees live by, at least most of the time.

Yes, a company can experience growth thanks to the market conditions or its product advantage. But what happens when the market becomes saturated, and technology decreases your products competitive advantage? How do you survive without selling out?

Core Ideology can help define how employees perceive themselves and their employers. Core ideology is like curbs at the side of the road – they help identify the boundaries of what is appropriate. They allow employees freedom to innovate, and challenge, but they outline the limits of how that can be done. The most lasting and significant contribution of those who build visionary companies is the core ideology. As Coco Chanel puts it, “fashion fades, but style remains.”